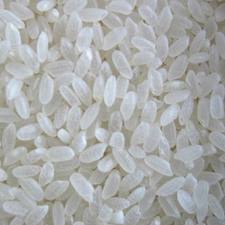 Rice
The rice brought to America and grown in South Carolina was originally domesticated and grown in Africa (Carney, 2001). Before Columbus set foot in the New World, rice was already grown in Europe and Asia (Carney, 2001). Ships traveled the Indian Ocean introducing rice to Asia and later to Europe (Camey, 2001). When rice was introduced in the New World, colonial farmers grew it in the south helping to establish the southern plantation and the use of slaves (Camey, 2001).

Africans taken as slaves and sold in the New World also brought malaria with them (Mann, 2011). During the slave trade, people did not understand how diseases like malaria were spread (Mann, 2011). Malaria is spread by mosquitoes, which easily breed in rice fields (Mann, 2011). Due to genetics, most West Africans are immune to malaria (Mann, 2011). They can still carry it and spread it to others, but they do not show symptoms of the disease or die of it (Mann, 2011).

Rice fields were the perfect breeding grounds for mosquitoes (Mann, 2011). Needing the ground to continually have moisture, rice fields often have puddles of sitting water perfect for mosquitoes to lay their eggs and for larvae to hatch. This helped to cause an outbreak of mosquito related illnesses like malaria in the New World (Mann, 2011).

South Carolinian farmers realized their slaves were not coming down with the fever like many of their friends, wives, and children were (Mann, 2011). This caused the need for more slaves to be brought from South Africa, since these people did not become sick from malaria (Mann, 2011). 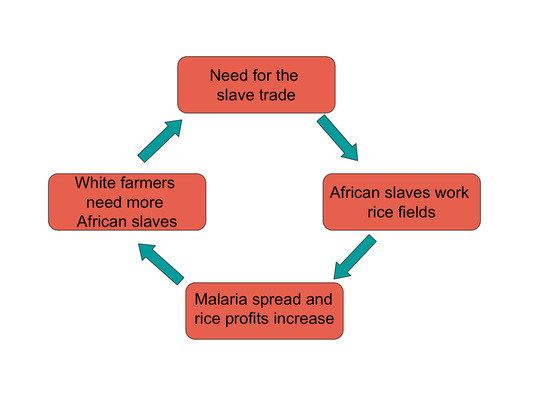 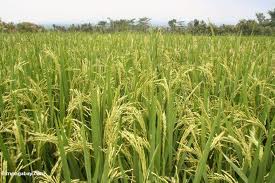 Field of rice
Powered by