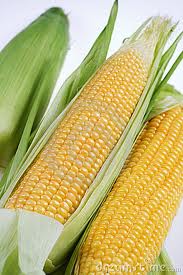 Maize was appealing to the Old World inhabitants for several reasons (Nunn & Qian, 2010). It helped to improve diets by providing much needed nutrition and calories (Nunn & Qian, 2010). Crosby (1972) writes, “Few other plants produce so much carbohydrate, sugar, and fat” (p. 171). Maize was a food source from the New World that brought a change to the diets of Europeans. They now had access to and were able to eat a food that had significant nutritional value.

Maize was easily grown in the Old World (Nunn & Qian, 2010). Crosby (1972) says, “Maize will produce good crops in an extreme variety of climates” (p. 171). Maize was able to grow in areas that were too wet for wheat and too dry for rice (Crosby, 1972). The crop was also rotated with wheat, so Europeans could now grow two crops in a year instead of one crop (Crosby, 1972). Maize grows quickly and produces a large yield (Crosby, 1972). Because of this, maize is still relied on by Europeans as an important food source (Crosby, 1972).

In China, maize was found to grow in areas not suited for other crops (Crosby, 1972). In the eighteenth and nineteenth centuries, China had a population boom that forced people to live in hills and mountains (Crosby, 1972). These people found that maize could grow where land was once barren (Crosby, 1972). In the middle of this time when people were moving to live in the hills and mountains, floods kept occurring in the valleys of China washing away nutrients for rice fields (Mann, 2011). Rice farmers struggled to grow a profitable crop due to these floods (Mann, 2011). Chinese officials realized the floods were the cause of erosion since the natural landscape was changed to plant and grow maize (Mann, 2011). Officials banned the growing of maize in the mountains and hills, yet the ban was not enforced (Mann, 2011). Even though rice farmers were losing farm profits, they were collecting tax-free rent from the people living in the mountains and hills (Mann, 2011). Because the rice farmers would rather collect tax-free rent than have a profitable crop that one must pay taxes on, the ban on growing maize was never enforced (Mann, 2011). The ban died out and nowadays, China is one of the top producers of maize (Crosby, 1972).

Reliance on maize for human food is almost world wide, and reliance on maize as animal food is just as vast. In the United States, most cows, pigs, chickens, and turkeys all eat maize as part of their diet (Crosby, 1972). Buckets and buckets of chopped and ground maize are used to feed barns full of animals everyday. Therefore maize has not only become relied on by humans for food but is also relied on as food for animals.

With so much reliance nowadays on maize, one wonders what life would be like in the Old World without it. Europeans would not have such a nutritious food source, so perhaps the population would be smaller due to less nutrition. The farm animals in the Old World may be smaller and in return offer less meat due to less nutrition in their diets. History would definitely be different if Columbus had not brought maize to the Old World. Maize changed the Old World. It changed the landscape in China and people had a more nutritional food for themselves and their animals. 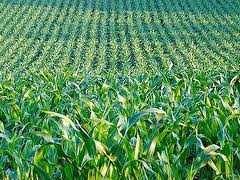 Field of maize
Powered by