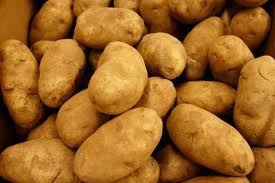 Potatoes
One of the most important crops brought to the Old World was the potato. Nunn and Qian (2010) claim it is the crop with the largest impact on the Old World. It is a tubular with enough vitamins to prevent scurvy and enough starch and water to eat as one’s only food (Mann, 2011).

When the potato was brought to Europe, people were unsure of it (Crosby, 1972). Some people thought it caused leprosy while others believed it caused gas (Crosby, 1972). Others believed it to be an aphrodisiac and cause lust (Mann, 2011). In England, the wheat harvest failed in 1794 sending the price of wheat up (Pollan, 2001). When the poor citizens of Europe could no longer afford wheat, they forgot the superstitions and hesitations of the potato (Pollan, 2010).

After a famine hit Hungary in 1772, the government ordered that potatoes be planted, grown, and eaten (Crosby, 1972). Even though the Hungarian people had no idea what the potato was, they planted and ate the potato increasing potato production (Crosby, 1972). As other famines hit Europe, the potato became a staple crop, especially in Ireland.

Want to know how the potato blight came to Ireland and more about how connected the world is? Watch the video courtesy of YouTube (Knopfdoubleday, 2011).

If the potato had not been brought to the Old World, how might history be different? What would Ireland be known for if the potato was never introduced? Without the potato, the population in Europe probably would not have increased (Nunn & Qian, 2010). On the same hand, the potato blight might not have occurred causing a famine leaving hundreds of thousands dead of starvation. The potato increased profits to farmers, which directly benefited farmers (Nunn & Qian, 2010). Without this increase in money, how would lifestyles have changed? One can only imagine how history would be different in the Old World without the potato. Potatoes have had an effect on the Old World and have had a positive effect on Europe’s population. 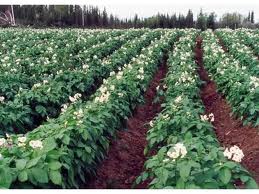 Field of potatoes
Powered by